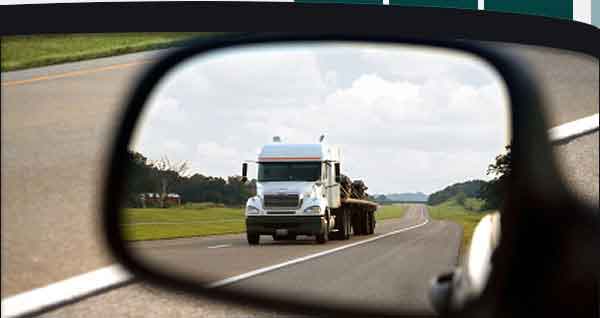 On Monday afternoon, a crash on the 210 Freeway in Sylmar shut down the westbound lanes and backed traffic up in the Newhall Pass area. A semitrailer and three vehicles were involved; the crash took place when one of the vehicles crossed into the path of the truck.

The crash took the life of Pablo Gratas, 47, of Valencia. Gratas was the son of well-respected Spanish-speaking journalist Enrique Gratas, who was formerly an anchor for Univision and Telemundo. Enrique Gratas also anchored for Estrella TV in Los Angeles before his death last fall.

Pablo Gratas was driving a 2002 Toyota Camry, the vehicle that collided with the truck. Emergency workers gave medical care but Gratas was pronounced dead at the scene. The driver of the big rig sustained minor injuries but the occupants of the other two cars involved were not hurt.

The impact of truck accidents

Accidents involving tractor-trailers are understandably more serious than a typical small car fender bender. Commercial trucks carry immense weight, which leads to great momentum during an impact and greater injuries. Because of their size, they also take up to three times longer than a passenger vehicle to stop.

According to federal reports, more than 10% of all traffic fatalities involve commercial trucks that weigh over 10,000 pounds. That makes for more than 11,000 fatalities and over 100,000 injuries involving large trucks each year.

Even in non-fatal accidents, the injuries can be life altering. Some of the common vehicle accident injuries include:

Because commercial trucks can have such an impact, federal laws tell truckers and trucking companies how to operate a truck. The regulations include time limits on how long a driver may drive at a time, how often the truck must be inspected and maintained, and how the cargo must be loaded. Still, close to 1/3 of truck accidents are related to the driver. Some contributors include:

When a driver is at fault, he or she can be held legally responsible.

An injured plaintiff must prove:

Given the serious nature of a collision involving a heavy-weight truck, the damages tend to be quite large and can include:

Between the state and federal regulations and the physics involved, truck accidents are tricky to litigate and should only be handled by an expert.

If you or a loved one have been injured in an accident involving a commercial truck, you need a skilled legal team to protect your rights. The Los Angeles truck accident attorneys at Ellis Law have been pursuing justice for accident victims for over twenty years. For a free case evaluation, call 310-641-3335.