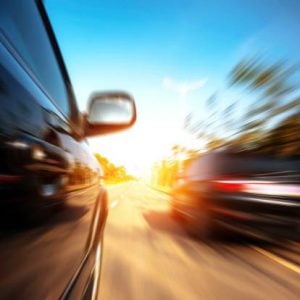 As recently as 2012 in California, 2857 people lost their lives in a single year due to auto accidents, with head-on collisions among the most common causes of fatality on the road according to the National Highway Traffic Safety Administration.
The Los Angeles law firm of Ellis Law is a leading personal injury law firm that has recovered millions in damages on behalf of those injured in all manner of car accidents. According to the California DMV, there are between 450,000 and 500,000 traffic accidents reported annually in California, with about 39% involving injury and 1% resulting in death.  Teenage drivers are involved in four times as many accidents as adult drivers.
It is the laws of physics which determine the severity of a head-on collision. When the front ends of two cars hit each other, serious injuries can result because of the excessive force generated between the two cars at impact.  In 1999 statistics from the Fatal Analysis Reporting System (FARS) indicated that “18 percent of ….fatal crashes were head-on collisions.”

In A Guide for Addressing Head-On Collisions issued by the National Cooperative Research Program, FARS (1999) reported that nationally, 75 percent of head-on crashes occur on rural roads.  The frequency stems from the dangers of driving on undivided two-lane roads. The report also stated that fatal head-on crashes occurred with frequency in non-passing situations, or negotiating a curve.  Head-on collisions also frequently occur near construction zones, according to this report.
Among the risks in a head-on collision is the risk of driver ejection from the vehicle, which is associated with a significantly greater chance of dying, according to the American Journal of Epidemiology (AJE).  Both seat belt use and air bag use can reduce the risk of ejection.
The crashworthiness of a vehicle is another risk in head-on collisions. The AJE reported that drivers of older vehicles had a greater risk of dying compared with drivers of newer vehicles which are equipped with airbags and seat belts to help protect against a fatal injury.

Victims of these types of collisions may also suffer:

California is a ‘Fault’ state

No Fault insurance stipulates that if each party involved in an accident is automatically reimbursed by his own insurance company, this reduces the need for insurance claims adjusters to go to court to determine responsibility and damages.   Only 12 states have no fault insurance policies in force. California on the other hand is a ‘fault’ state which affords drivers, passengers and pedestrians certain rights.

Here, compensation for car accident victims may be available through the following channels:

The Los Angeles car accident lawyers at Ellis Law Firm can help to guide you through these choices and advise you on the best course of action according to the unique facts surrounding your particular crash.
In addition to suing for compensation for medical bills, lost wages, and pain and suffering, if a head-on collision results in the tragic death of a family member, surviving family members may choose to file a wrongful death lawsuit. Negligence, driving while intoxicated, cell phone or texting use, or driving while fatigued have all been cited as causes of head-on collisions in the greater Los Angeles area.

Negligence is the most common allegation facing drivers who have been accused of causing a head-on collision.

Other alleged causes of head-on collisions include:

Though most collisions allege negligence on the part of a driver, some lawsuits have an element of product liability.  A manufacturer can be held liable if it can be proven that the design of its product caused injuries in the course of an accident.
In 1999 the New York Times reported that the family of a 7-year-old Orange County boy who was paralyzed after his car seat broke during a head-on car accident had settled a lawsuit for nearly $16 million.  The family of the boy, Jeremy Griffin, sued the manufacturer. Evenflo,  after the seat broke during an accident in which the car Jeremy was riding in collided head-on with another in 1993. Jeremy, who was seated in the rear of the car, suffered spinal cord injuries when the harness broke on his car seat. The boy was thrown head first against the back of the front passenger seat.

Auto insurers, manufacturers, and other potentially liable parties are known to spare no expense in their defense of car accident lawsuits with serious injuries at stake. The car accident lawyers of Ellis Law are not intimidated by these tactics and are armed with our own team of investigators and experts who will help build the most compelling argument in your favor. We are committed to helping victims of car accidents recover compensation for the losses sustained through no fault of their own.