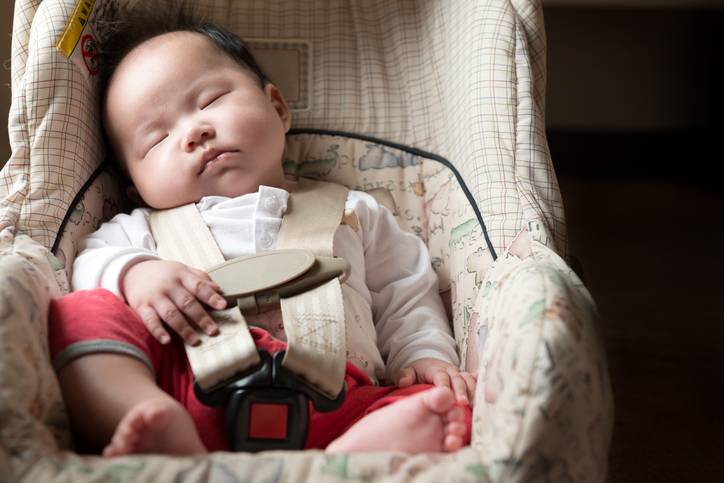 Motor vehicle accident injuries are among the top five causes of hospitalization and death for children aged 16 and younger, reports the California Department of Public Health. Research from the Centers for Disease Control and Prevention shows that proper car seat use can reduce the chance of serious injury or death in children by up to 71 percent. Recent studies have also demonstrated that rear-facing car seats are five times safer than forward-facing seats.

California car seat laws are designed to protect infants and toddlers from devastating injury in the event of an accident. In an effort to enhance child passenger safety (CPS) on California’s roads and highways, the state’s car seat laws were amended with an important change.

The law was modified on January 1, 2017. Under the amended legislation, California now mandates that children younger than two years old ride in rear-facing car seats, unless the child weighs 40 or more pounds or is taller than 40 inches. Previously, the law required that rear-facing car seats were mandatory for toddlers up to one-year old or those who weighed 20 pounds or less.

The car seat law update was based on crash test research, which highlighted the safety benefits of rear-facing car seats. According to the American Academy of Pediatrics and Consumer Reports, rear-facing car seats limit the concussive motion of the head during an impact, thereby reducing the likelihood of neck and head injury. Rear-facing seats also spread the crash impact more evenly across the toddler’s body, helping to keep the child better constrained.

California imposes penalties for violating car seat and passenger restraint laws. Parents or drivers can be fined over $500 and get a point on their driving record for each child under the age of 16 who is not properly restrained.

Here are some of the key highlights of the current California laws on child car seat use and passenger restraint for older children:

Unfortunately, many parents are unaware of – or simply ignore — safety guidelines regarding seat belts and car seats. Research from the CDC found that over the course of one year, some 618,000 children under the age of 1 rode in passenger vehicles without the use of a child car seat, booster seat or seat belt at least some of the time.

Committed to protecting the injured

Here at Ellis Law, we provide effective representation to victims of car accidents throughout California. In the wake of a serious collision, our legal team will work diligently to help you secure fair compensation for your injuries, medical bills and other damages. Schedule a free case review with a Los Angeles car accident lawyer at our firm by calling 310-641-3335.