Andrew Ellis’ success is a result of the rigorous work ethic and self-discipline indicative of a former stint in the U.S. Army- and before that, the poise and quick thinking under pressure of a onetime craps dealer in the casinos of Atlantic City, New Jersey.  When he first opened his legal practice, Andy struggled to make ends meet and keep his doors open. However, he soon discovered a natural talent and passion for protecting consumers, which resulted in some high value settlements and verdicts early on in his legal practice; a trend he continues to maintain today.

Mr. Ellis’ unwavering protection of consumers in California began with his mother’s advice, who, as a first-generation immigrant, taught him that the opportunities for the common man were as great if not greater than those of the corporations and insurance companies that tried to take advantage of them. From these teachings, Andy gravitated toward a career wherein he could protect the rights of others.

Over the years, there have been many trials which resulted in the recovery of millions of dollars. In fact, Mr. Ellis has won over a quarter billion dollars on behalf of clients throughout his career as a Los Angeles personal injury attorney.

Today, as the founder and senior partner of Ellis Law Corporation he heads a team of experienced litigators representing clients in a wide variety of serious personal injury lawsuits including automobile accidents, premises liability, and product liability.

He attributes his success to two qualities: a relentless determination to win on behalf of his clients and a commitment to playing fair with the opposition. Indeed, opposing counsel has described him as “a pleasure to work with;” “cordial and professional.”

The legal profession runs deep within the Ellis bloodline. Mr. Ellis’ great-grandfather, in addition to founding the New York City firm Ellis, Ellis & Ellis (which closed its doors in 1993) was Theodore Roosevelt’s lawyer and head of the New York City Republican party at the turn of the century.

With a degree in business and economics from UCLA, Mr. Ellis began his legal education at Seton Hall University School of Law in New Jersey. He later transferred to Loyola the following year where he ultimately earned his JD. and was admitted to practice law in California in 1993. Ellis opened his personal injury practice fresh out of law school from an apartment he shared with roommates for $220 in rent. Soon, he teamed up with a law school pal to take 30 cases from an attorney friend who had no wish to litigate them.

“My first trial was a disaster,” Ellis admits. “We won but it was a $414 award. I was five months out of law school when I took it.”

A million dollar verdict against Corning, Inc. several years later signified his move to the forefront of consumer protection and the launch of Ellis’ own practice, now located in El Segundo, CA.

What keeps Ellis in business is not just the incentive to win (and the winning itself), but the approach he takes to his job. “The thought process behind my job is to do morally what is correct,” he says. “We’re in a business that allows us to help our clients put their lives back together and make this a better place to live in.”

Ellis’ years of legal experience and expertise have garnered him a position as a board member of the Los Angeles Trial Lawyers Charities.

In his spare time he enjoys spending time with his family and children. He also enjoys going to rock and roll shows as well as bike riding. 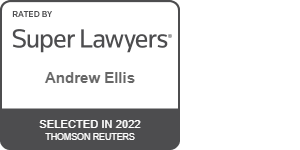 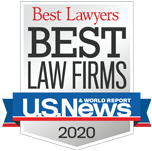 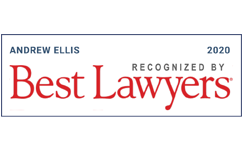 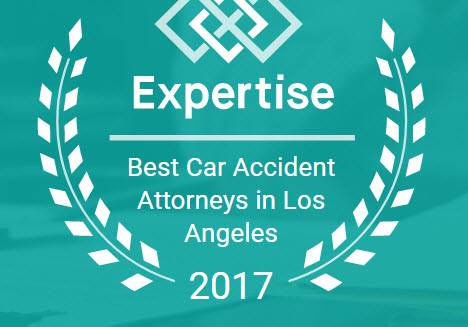