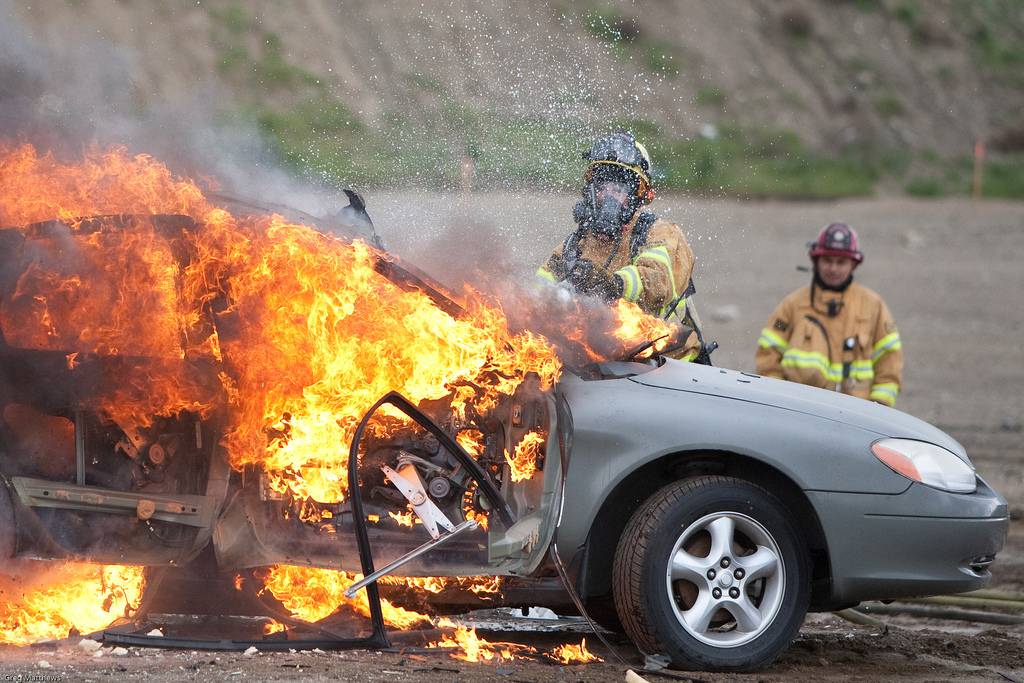 More than 500,000 accidents every year in the United States involve 18 wheelers, also known as big rigs. According to estimates from the U.S. Department of Transportation, approximately 15 percent of all traffic fatalities involve a semi-truck or tractor trailer. It’s no surprise that crashes involving 18 wheelers tend to produce some of the most catastrophic injuries including loss of limbs, paralysis and brain damage. Some of the most gruesome injuries and fatalities are associated with 18 wheeler underride accidents: when a passenger vehicle slides underneath the side or rear of a truck. The impact rips off the vehicle roof, crumples the passenger compartment, usually killing the occupants immediately.

U.S. traffic safety authorities say that more than 200 Americans are killed in underride accidents every year — horrific deaths that could be avoided if 18 wheelers were equipped with safety guards to deflect passenger vehicles.

To illustrate the severity of these incidents, here are five of the most horrifying 18 wheeler crashes.

In 1976, an 18 wheeler hauling 7,500 gallons of ammonia lost control on a Houston freeway, barreled through a guardrail and plunged off a ramp onto the crowded highway below.  The crash, which is widely regarded as Houston’s worst accident on record, killed five people and injured nearly 180 others who were trapped in a noxious cloud of ammonia fumes. Authorities say that the truck driver’s excessive speed was the primary cause of the accident.

In January of this year, a Georgia man who driving a semi to New York, died in a fiery blaze when his rig veered into the median, clipped the cable barrier and collided head-on with another 18 wheeler in the southbound lane near Blacksburg, South Carolina. The impact of the collision sparked an enormous fire, burning the Georgia man beyond recognition. Dental records were used to identify the victim – 45 year-old Emmanuel Owuraku Abeasi.

In 2013, an underride collision claimed the lives of 17-year-old AnnaLeah Karth and her younger sister Mary, as the girls traveled with their parents from their North Carolina home to a wedding in Texas. Tragedy struck when an 18-wheeler sideswiped their vehicle, spinning it once and then striking it once more, pushing the car under another truck. The truck’s underride guard failed, and both teens suffered fatal injuries.

A horrific crash on Birmingham’s I-59 killed a Fairfield fire chief and critically injured his daughter. The May 2017 accident happened when an 18-wheeler suddenly crossed the median, striking two vehicles, one of them the victim’s SUV. The impact sheared off the top of the vehicle, killing 54-year old Kevin Sutton instantly and leaving his 26-year old daughter with life-threatening injuries.

Just a few months ago, five people were hurt when an 18 wheeler traveling on Imperial Highway unexpectedly veered across lanes and plowed straight into a Fullerton apartment building. The victims included a family and their two-year old child who were in their home when the tractor trailer barreled into their apartment.

Research conducted by the National Transportation Safety Board indicates that drowsy driving plays a role in more than one-third of all 18-wheeler crashes. Due to the state’s congested freeways and heavy interstate commerce, California has one of the highest rates of commercial truck accidents – many of which result in debilitating injuries and death.

At Ellis Injury Law, we have been protecting the rights of victims and their families for more than 25 years. Our veteran legal team has secured favorable outcomes in complex cases, including a $3 million verdict in a fatal 18 wheeler truck accident caused by a drowsy driver. For a no-cost consultation with a results-oriented Los Angeles truck accident lawyer, call 310-641-3335 today.