2 Dead in High-Speed Crash in Whittier

2 Dead in High-Speed Crash in Whittier 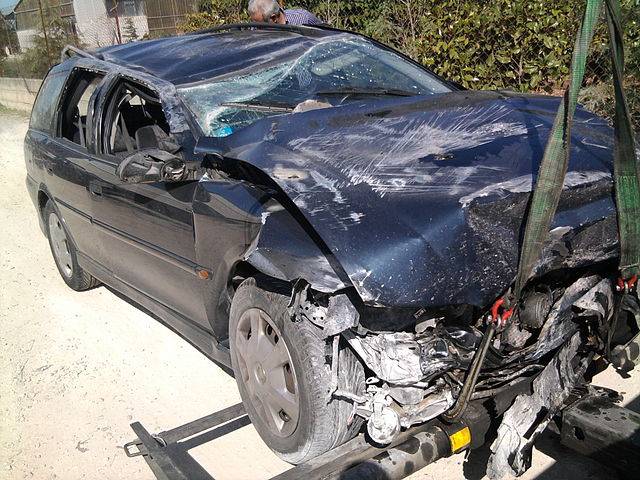 Two men from Whittier were pronounced dead after a three-car accident during the early morning hours of May 2, 2018. The crash occurred at about 4:30 a.m. near Slauson and Boer Avenues. Early news reports indicated that one of the vehicles looked like it had been split virtually in half. In addition to the two fatalities, two other individuals were taken to area hospitals with minor to moderate injuries.

The California Highway Patrol (CHP) reported that a 2002 Chevrolet Avalanche and a 2015 Chevrolet Silverado were the trucks involved in the crash. Also involved was a 2014 Ford Fusion. Both of the fatalities were victims in the Ford Fusion. The men were ages 28 and 30, and they were traveling east on Slauson. The CHP released a statement suggesting that the crash was being investigated as a possible speed contest, with the driver of the Ford Fusion racing with another, fourth vehicle.

The driver of the Ford Fusion lost control, and crossed into the lanes of oncoming traffic. At that point, the Fusion struck the two trucks in head-on collisions. Both drivers of the trucks sustained injuries.

Witnesses informed CHP that the fourth vehicle was a gray BMW, being driven by a white man in his 20s. The unidentified driver was seen stopping briefly at the crash before getting back into his BMW and driving away before the first responders arrived.

In California, it is illegal to leave the scene of an accident. Hit and run accidents may be investigated as either misdemeanor or felony offenses.

Wrongful death cases: What are the family’s legal rights?

In cases in which a negligent driver’s actions causes the death of another person, the surviving family members may still be able to hold that individual responsible. Some car crashes result in criminal charges. Any criminal trial that results from a crash will proceed completely independently of a civil lawsuit. Since criminal trials require a higher burden of proof (beyond a reasonable doubt) than a civil lawsuit, it’s quite possible for a defendant to be found liable for damages, even if that person was found not guilty of criminal charges.

Like personal injury lawsuits, the statute of limitations for wrongful death claims is two years. This means that the family would forfeit their right to file a lawsuit if they wait longer than two years after the date of death. Even if there was plenty of time, however, it’s still best to consult a lawyer as soon as possible. Evidence degrades over time, and eyewitness’ memories can become hazy. The best chance of securing justice for a deceased loved one is to take action promptly.

Could you have a wrongful death claim in California?

The LA car accident lawyers at Ellis Injury Law provide vigorous legal advocacy services for the family members of deceased crash victims. If a negligent or reckless driver has left your family mourning the loss of a loved one, you may be able to pursue justice in the courtroom. Call our law firm in Los Angeles at 888-828-5603 to request a free case review. Our attorneys have secured millions in compensation for our clients throughout southern California.